How Saying YES May Contribute to Illness

We’ve all been there.  Accepted invitations when we’ve been feeling like we would rather not, have an idea that we’ve allowed fear to hold us back from sharing, accepted what is when we feel there may be an alternate way of accomplishing something and saying YES when what we really wanted to do was say NO. 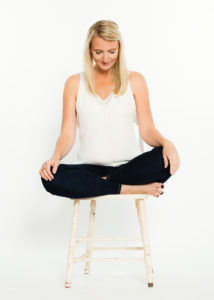 We’ve all chosen to drown out or suffocate our voices at points in life for varied reasons (feeling of low self worth, conditioning, old beliefs).

Some of us have made a career out of doing so.

Some were taught ‘only to speak when spoken to’ even.

When I hear, ‘I was told to only to speak when spoken to’ I start to cringe right down to a cellular level. Those words bring back a memory of eating supper at my former in-laws home and the expectation of no one being able to speak at the table. I feel like I could have broken that rule just once or twice and whether I did or not, I recall feeling that not speaking at the supper table was such a missed opportunity.

Now what if I shed light on the fact that not sharing your voice could potentially be opening the door to illness in the physical body? Interesting thought?

The choice between YES and NO just got a whole lot more compelling.

Allow me to elaborate.

When we have something to say, want speak up or out and we deny ourselves that, push that voice deep down inside of ourselves, we are disrupting the natural flow of energy in our physical body. Essentially what we are doing is creating an energetic bottleneck or congestion. The act of choosing not to speak up, out or share our voice repeatedly when we are called to do so may eventually present itself as a physical symptom. I’ve been grateful for the opportunity to work with clients who have experienced energetic congestion built up in areas of their physical body (including thyroid) for this reason and who benefitted from understanding how important it is to use your voice and better yet, really delve into the origin of why they were choosing not to use their voice.  For these clients it was comforting to know that there were things they could do to assist themselves in setting the energy flow to a more balanced state…things like joining a choir for instance. What a wonderful way to practice using ones voice!

How does it make you feel to know that by not sharing your voice, by saying YES when you really wanted to say NO, that could possibly be having an affect on your long term health?   What if the physical symptom of not using your voice presented itself as a very serious illness, life threatening even?

What if by beginning to use your voice – if not but just in support of yourself – you could begin the process of healing?

This can be an opportunity for anyone who has said YES when they’ve wanted to say NO. An opportunity to reflect on the sharing of your voice and to know that in sharing your voice, by saying NO more often even, you are doing so in support of your own health and healing.

With Love (and voice),

Disclaimer: The views and opinions expressed in this article are those of the author and do not necessarily reflect the opinion, position or view of The International College of Medical Intuition