Part 4 of My 6 Piece Body Part Series – The Eyes

I’ve been out of integrity and I feel it deep in my solar plexus (mid region). Every time I’ve sat down to the write about the eyes, it’s tended to come off a bit clinical. I haven’t wanted for it to feel that way for you – especially when the eyes are what are considered by many as the entranceway of the soul – where by looking into someones 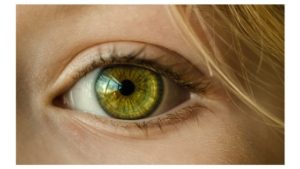 eyes you are able to connect to all of who they are. I’m hoping now that I’ve shared that – have come clean with It –  that my heart will open up and I’ll be able to share with the intended wisdom.

I’ll begin with a little window into my soul.  A few years ago I had the privilege of visiting the land of religions and saints…. what I refer to as the centre of LOVE.  India was an experience filled with many amazing memorable sights, sounds and tastes. We started our adventure in the North – in Delhi and over a period of just over three weeks with a very loose travel plan –  made our way down to the Southern Provinces eventually making our way back to Delhi and then home. We slept in something like 13 beds in 22 days and some of those beds were in the highest rooms of a castle on a marble slab and others were tucked away in the corner of a little Haveli in someone’s home with the sounds of kites being flown from rooftops all around us.   We spent a few days in Delhi at the early part of our adventure so that we could reconnect with and show compassion to our bodies for making the 18 hour trip. Delhi is an amazing city and so it was easy to get lost in the culture of our surroundings. On one of the days we found ourselves strolling through the retail market in Delhi.  This particular market – the well known Chandni Chowk has been in operation since the 17th century and is the most expensive retail location in all of India. The dusty and crowded narrow streets are lined with eateries, wedding shops and lively, colourful spice retailers.

At one point during the day I found myself standing on the edge of the street, breathing in my surroundings while my partner Steve surveyed yet another spice shop – never too far away.  Across the street I spotted a gentleman with a long greying beard, wearing what appeared to be layers of powder grey garments cloaked over his shoulders and he was using a walking stick that was both thick and ornate. I feel he stood out because of how he looked compared to everyone else and because his gaze was undeniably fixated on me. I’d felt him before I saw him.  We connected eyes for a brief moment and then I lost sight of him in the crowds and found myself feeling relieved.  A few moments later as Steve was preparing to rejoin me, I felt the presence of someone to my left moving in close. So close that for more than a brief moment the cloaked gentleman who had caught my gaze from across the street was touching nose to nose with me and staring straight into my eyes.  I felt as though I was being transported – like maybe there was a hint of fairy dust coming through him and into me and I didn’t dare budge – not even to wink – or maybe even breathe. The world around me became eerily quiet. Nothing moved.

And then he was gone. As quickly as he had appeared, he disappeared,  leaving this unexplainable feeling inside of me.

Our eyes hold intimate information about each of us.  Energetic congestion can manifest in the eyes when we have difficulty seeing ahead into the future with joy, when we have fear around the present and future and when we have difficulty seeing the truth (whether that be internal or external). The eyes appear to be one of the most common areas of energetic congestion in the population. We all have things we wish we could un-see….our own fears about the future, difficulty facing our personal blindspots even.

I’ve often wondered what the man saw when he looked into my eyes?  Did he see the pain from past traumas that I’ve mostly kept to myself, did he see the love I have for my children, life partner, family and humankind? Did he see my blindspots, the one’s where there are opportunities for deeper connection –  greater authenticity?  Did he see the times where I’ve cradled fear about the future in my folded arms? Did he see some of the things I’ve bared witness to and haven’t been able to fully let go of? Did he see my cancer before I even knew it existed?

Whatever it was that he saw, I’ll never know for certain and today if I stood on the side of the street in the dusty and crowded Chandni Chowk market and looked out across at the crowds I might have to squint to see him.

With love (and in-SIGHT),

Tammy Price is a Certified Medical Intuitive at Intuitively Yours , Co-Author of the soon to be released book, Shifting Into High Gear, a Guide to Listening to Your Body. Tammy facilitates growth through online programs, workshops, retreats and speaking engagements.

~ Enjoying my blog? Visit me here, scroll down,  and sign up for direct deposit into your inbox. There is a complimentary gift awaiting each new subscriber ~